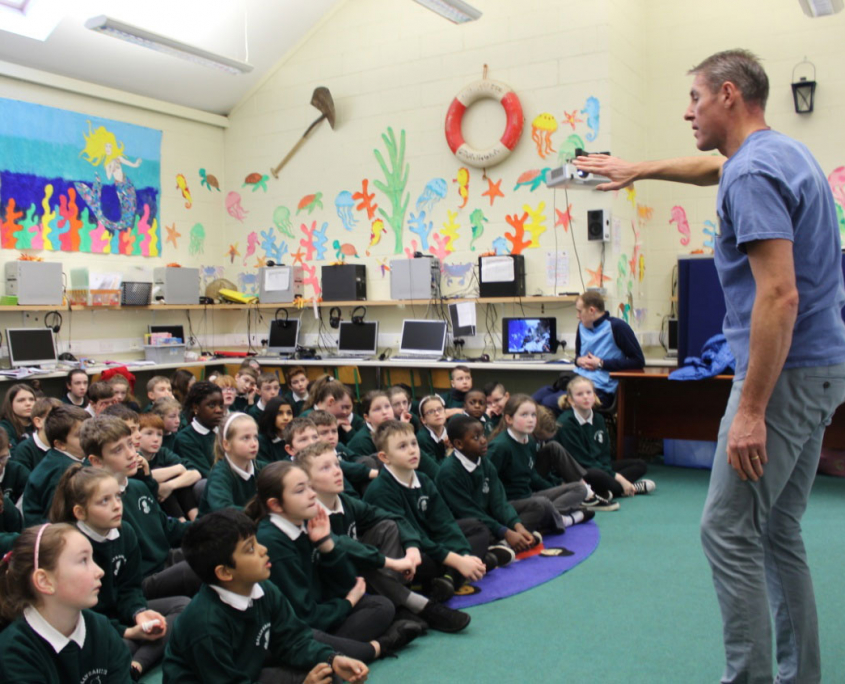 Jason shared his amazing story of K2 and showed the film documentary ‘K2: a stone in my shoe’. Jason promoted his wellness message ‘The Power of You’. He said he came from an ordinary family and an ordinary background in Letterkenny Town.

He talked about the incredible potential we each have to achieve our goals and success. We are the key to our own success.

Walking away from Everest in 2013, Jason set his sights on K2 in 2015 but this attempt had to be abandoned following an avalanche.

Undeterred Jason returned to K2. He set new goals and reached the summit in July 2018. He shared the ‘secret’ of his success with the pupils – you need to ‘write your goal down’.

Jason left a special message on the ‘Positivitree’ at the end of his encouraging talk.

We would like to thank Jason for sharing his story and for being a wonderful ambassador for Mental Welbeing.